The Winter of 2019-2020 was never going to be one.  And, in the future, when I look at the teleconnections in November and they look almost the same as they do as we enter March then that’s probably telling us all something. I’ve learned my lesson.

The teleconnections are one small piece of the puzzle of forecasting in meteorology. They provide us with a snapshot of what the atmosphere is doing.

The PNA is the Pacific-North American index. This tells us what kind of ridging is taking place. A (+) PNA tells us there is high ridging out west allowing storms to come in, up and over the Rockies, and down the shute towards the middle of the country and East Coast.  A (-) PNA tells us the opposite. There is no ridging. Meaning there are flat waves coming in from the Pacific. It’s most progressive.

The NAO is the North American Oscillation index. It gives us a view of high latitude blocking over Greenland. A (-) NAO tells us there is blocking. A (+) NAO tells us there is hardly any block. This is key in that if a storm is coming up the East Coast it doesn’t allow it to cut towards the Great Lakes or through the Appalachians. Both cases provide us with mostly rain.

These are two indices from the last two weeks. And, as you can see, none of them are good for East Coast storms/snow in the winter months. If there is no cold air, if storms are just coming in and coming out, and if there is very little blocking then you can almost book it there won’t be any snow coming our way anytime soon.

And this has been the story the entire winter. It’s officially over in a couple of weeks, but meteorology winter is over tomorrow- March 1st. 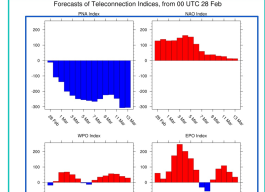 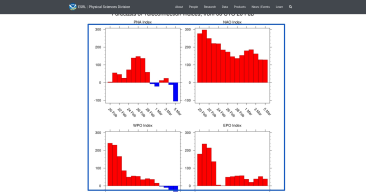 The Madden-Julian Oscillation which determines the eastward propagation of storms from Asia to the Pacific will be entering into the “Circle of Death” after spending some time in Phase 7 which is a neutral zone indicating probable transition into either a colder phase like 8-9-1-2. Yet, all ensembles are pointing inward towards the circle which means it has NO influence on weather patterns.

Likewise, our teleconnections which have been horrible ALL winter are indicating that winter is just simply dead in the Eastern 2/3 of the country. There is no ridging (-PNA), there is no high block in Greenland  (+NAO) and no cold air (+EPO).  And this goes through the 5th of March. And if you add in all of the other factors not favoring anything significant in the East like a coastal storm as we are going into March, then it’s all over folks. 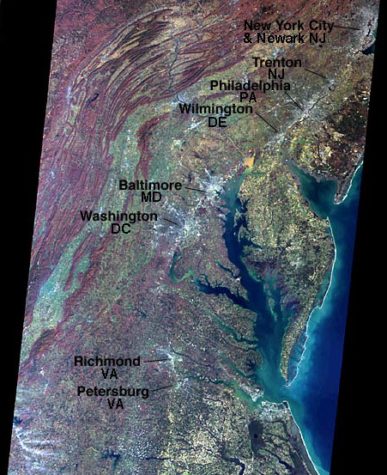 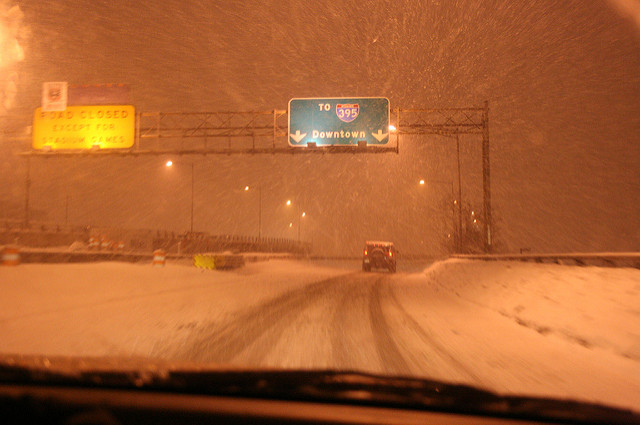 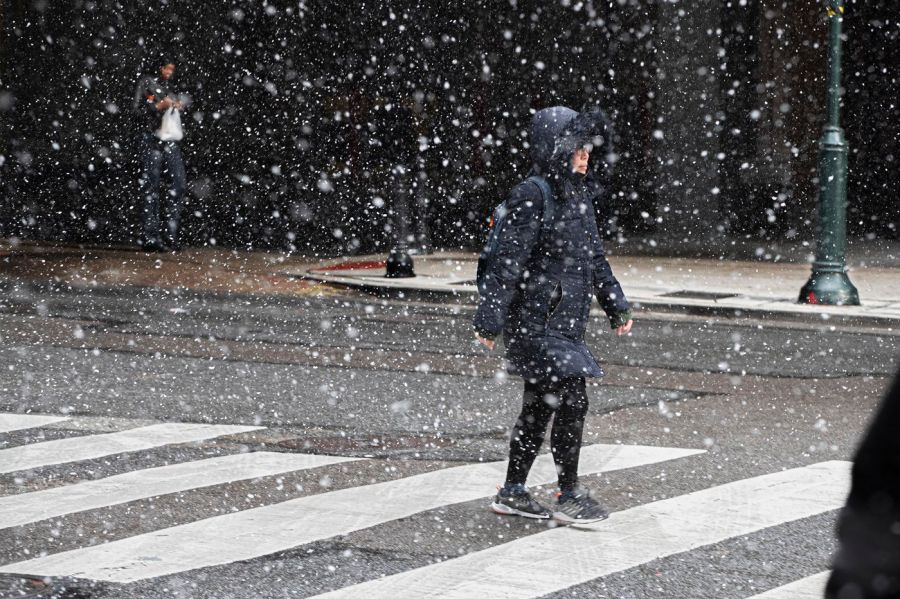 Winter 2019-2020 in the Mid-Atlantic from Washington D.C. to Boston, Mass has been, simply, strange or has it?

According to early winter predictions the NOAA stated in October 2019 very clearly:

“neutral conditions are in place this year and expected to persist into the spring. In the absence of El Nino or La Nina, long-term trends become a key predictor for the outlook, while other climate patterns, such as the Madden-Julian Oscillation and Arctic Oscillation (AO), will likely play a larger role in determining winter weather”

In other words, instead of La Nina or El Nino we’ve had “La Nada”. Nothing. The Pacific waters have had no impact on our winter. The jet streams have been let loose and are so divergent north and south they can’t see each other. Judah Cohen from the Atmospheric Environmental Research is an expert in the area of the AO index. He stated in his most recent blog:

“I know I sound like a broken record when I start every blog by how surprised I am by the stratospheric PV remains on the strong side of normal and even at times near or at record strong for the date. Today there has been some chatter/news about a record daily high for the AO today. But the incessant stretch of positive to strongly positive AO since late December, based on the polar cap geopotential height anomalies (PCHs) plot originated in the polar stratosphere with cold/negative PCHs/strong PV back in mid-December that propagated to the surface over a course of two weeks.” 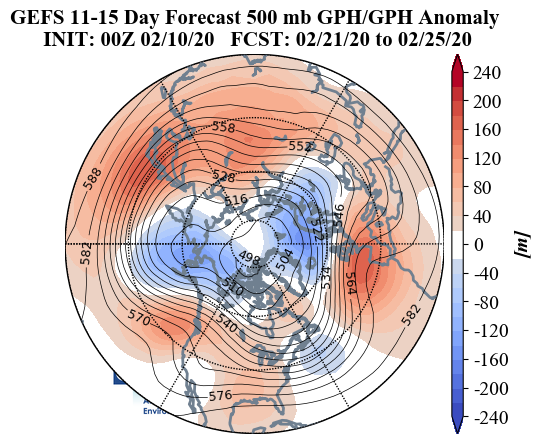 The graphic above shows the GEFS ensemble for temperature variation over the globe. (Courtesy of https://www.aer.com/science-research/climate-weather/arctic-oscillation/)

In other words, there has been a pool of cold air sitting on top of the North Pole just swirling around the Arctic Ocean and there has been nothing to push it south enough to allow any major, long sustaining cold weather to give the East wintry precipitation. The extent of the cold has been kept out West and it just seems to be that way this winter 2019-2020.

There have been at least eleven winters in the Philadelphia/Wilmington, DE area of fewer than four inches of snow with 1997-98 being at the top with only 0.8 inches that year. It looks like we could beat that this winter.

Thus, the predominant notion that global warming has caused this snowless winter in the NE corridor from Washington, D.C. to Boston which has had snow but not their gigantic February numbers of recent years, is by far not the culprit.

END_OF_DOCUMENT_TOKEN_TO_BE_REPLACED

The reason why I waited ALL DAY yesterday until I made a first and final call was that of the difference between a major snowstorm for us and a “nothing” scenario was this graphic.  At one point in the afternoon yesterday, one model showed an early phasing that would have allowed us to have a major snowstorm. That quickly faded.

The second graphic shows how the two streams interact. In this scenario, they do phase but it’s WAY too late for the Mid-Atlantic. The two streams would have had to phase earlier before the southern stream escapes out to sea. This would have allowed the southern stream to gain some latitude and pull the moisture closer to the coast.  Thus, the difference between a coating to an inch/two or 6 inches is what is shown below. And that is winter life in our neck of the woods.